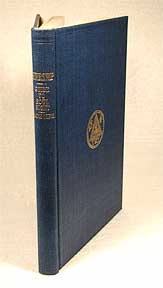 Seership is the work of an Orientalist, which term is commonly understood to mean, either one who has been born in the mystic east or one who, due to the possession of a mind easily capable of comprehending the thoughts and feelings of these people, and deeply in sympathy with them, can express their thoughts and emotions as effectively as if they were native to itself.

Dr Randolph first conceived the idea of writing such a book as Seership about the year 1850, about the time of his first visit to Paris; this much he tells us himself. It is easily possible, though we have no proof of this fact, that while in France he became familiar with some of the teachings then current on the subject, for though nothing like the present book had ever been published by any writer of any nation, nevertheless the practice of occultism was well known to no few occult students as witness the many stories current connecting Dr. Dee, Cagliostro and others with mirror gazing and seership, all of whom lived and were active in occult practices before Dr. Randolph’s time. One thing is certain, if we may believe but a fraction of what is written on the subject, the very air of Paris was permeated with every from of occult thought during the several periods when Dr. Randolph visited there, even the men closely associated with the affairs of the government of France, being members of the Fraternity, deeply versed and keenly interested in this subject. It is therefore small wonder that Dr. Randolph became fired with the thought of writing a text on the subject and clarifying the various teachings relative to the practice so that all truly interested might readily understand the method of procedure and its results. PDF ebook