Marsha Hankins has been a spiritual teacher and facilitator for more than 20 years. Her passion for teaching is evident as she shares her experiences of spiritual evolution with others. Marsha believes the goal of life is raising one’s frequency to remember the pure light of who we all are. She shares her knowledge and awareness of the ascension process with understanding and compassion for our spiritual growth, and she hopes her insights and techniques will help others find spiritual mastery.

Marsha teaches what she knows based on personal experiences of healing and expansion and those of her students and clients. She believes we all need teachers, but the final steps are up to us. Her desire is to help others cross the 4th-dimensional bridge of awareness into full 5th-dimensional consciousness.

Marsha is the co-creator of Standing in the Light®: 4th and 5th Dimensional Procedures for Experiencing Oneself as Source and Eminent Reiki®. She has also created and taught numerous other classes, including “My Body is My Temple: Techniques to Assist the Body in Holding more Light,” “Achieving Oneness with All Things,” “IAM Creator,” and more. Marsha is ordained in the Order of Melchizedek through the Sanctuary of the Beloved.

While she is now semi-retired from teaching, Marsha still trains teachers and facilitators, teaches seminars upon request, loves public speaking, and continues to write. She is currently traveling the western states with her husband in their 24 ft. camper and connecting with creation.

I was born on January 25, 1948 in New York City, and was raised in the small town of Putnam Valley, New York. My parents were Morris (an electrical engineer) and Sadie (a housewife, weaver and founder of The Putnam / Northern Westchester Women’s Resource Center). My younger brother, Robert, was a massage therapist and teacher primarily known for his work in equine sports therapy. A long-time motorcycle enthusiast, he taught classes in motorcycle safety for the United States Armed Forces until shortly before his death in April, 2016. A man of many talents and abilities, Robert was loved and respected by his family, colleagues and friends.

The Altman Family. Putnam Valley, circa 1954.

I studied political science at the Universidad de los Andes in Bogotá, Colombia and majored in Spanish at the University of Wisconsin in Madison, from which I graduated in 1971. I love to travel and have traveled extensively throughout Latin America, as well as Europe, India, Nepal, Australia, New Zealand and North America. I went to Taiwan for the first time in 1996. I’ve returned to Taiwan many times since then, and have also visited Japan, Korea, Thailand and China.

After graduating from college, I wrote my first book, Eating for Life: A Book about Vegetarianism. Since that time I’ve written or co-authored over twenty other books on holistic health, diet, nature, palmistry and other metaphysical subjects, a number of which are described elsewhere on this website.

I have long been interested in teaching language, and decided to obtain a CELTA qualification (Certificate in English Language Teaching to Adults) from Cambridge University in 2003. Until my recent retirement, I taught ESOL (English for Speakers of Other Languages) here in New York City. It was not an easy job, but a very rewarding one. I worked primarily with Russian speakers at the Jewish Community House of Bensonhurst here in Brooklyn. I also taught classes in health literacy (“English for Your Health”) through the Queens Library Adult Learner Program from 2008-2013. I continue my association with JCHB as a substitute teacher, which allows me more time for writing and travel.

While in Colombia, I became interested in the art and science of palmistry, and have been reading hands since 1969. In addition to writing and lecturing, I do private consultations as well as read hands at parties and other group events.

I have lived and worked in Brooklyn, New York since 1978. 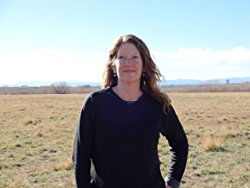 Author of Meet me in Atlantis

Megan Sebastian has a degree in Political Science from the University of Colorado, Boulder.
She is the co-owner of a thriving small business and also owns a boutique publishing company.
An avid skier, she lives in the mountains of Colorado with her husband, two kids, a cat and a dog. 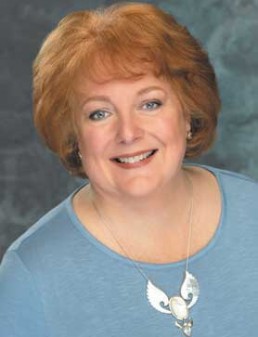 Lauren M. Bloom is an attorney, interfaith minister, and award-winning author who believes that listening to the voices of angels can help us discover our best destinies and become our finest selves. She lives in Edgewater, Maryland, with her family and several pampered Siamese cats. Lauren is often called upon by the media to discuss issues of personal and professional integrity. Lauren has devoted her career to helping others earn and maintain the trust of their partners, friends, relatives, clients and colleagues.  Author of Dancing at Angel Abbey 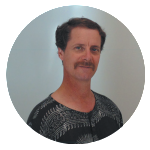 Born in Baltimore Maryland in 1964, the Author is a healer, teacher, a spiritual counselor, and is considered to be a modern day mystic by his friends and colleagues. He is a talented artist, and he revels in helping others find higher aspects of well being.  Author of Joyful Now: Heal Yourself Heal the World. 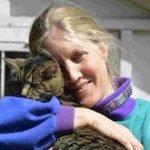 Her other two books are: Messages from Mother…. Earth Mother and If I gave you God’s phone number…. Searching for Spirituality in America.

Mare is also a plant intuitive and loves to commune with all things natural. She sits on the Seven Generations World Wisdom Council and is the visionary behind the Great Mother Wisdom Gathering in 2014 in Maryland. She has a background in international environmental work, was a professional sacred gardener for seventeen years, and worked contractually on environmental projects on the side.

In addition to Mare’s writing and speaking, she is an intuitive empath and shamanic practitioner. She loves to help people release old spiritual, psychological wounds and grow spiritually, to connect in more sacred ways with our Sacred Earth. Mare offers private healing sessions locally and long-distance. 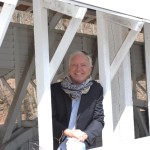 Author of Dirt, TRUTH, Music and Bungee Cords: Conversations With the Souls Who Guide My Life

This is my story.

For most of my life I have wondered why things happen the way that they do. What were the reasons as to why my life had evolved within a nurturing family structure that allowed for self- expression and life examination? Why did I make the choice to becoming involved in a healing profession? So many questions.

I remember during the summer before my junior year at a Midwestern College having to decide on a major as I moved out of my Liberal Arts curriculum. One professor suggested that we think about what we enjoyed or felt passionate towards. At the time I had no answer and because of that I randomly selected the field of psychology. You see, I did not have a master career plan. I just fell into the helping profession.

At a very young professional age I was able to study with some extraordinary men and women while we all examined the aspects of humanistic psychology. We concentrated on a variety of treatment approaches for the total individual; mind, body and soul. I remember thinking at that time that we were at the cutting edge and that with effort we could give aide and assistance to many. The mental health profession devoted its energy effectively to relieving the physical and psychological symptoms of mental and emotional challenges with astonishing advancements – but what of the spirit…the essence of the individual?

In the book Dirt, TRUTH, Music and Bungee Cords I chronicle my professional journey of discovery as to why there is so little attention to the spiritual component of helping people and why there has been so little consideration to my own spiritual growth. Hopefully you will see how a late night view of a simple wavy window changed everything. I continue to consult to the mental health field and when possible apply my efforts to clinical transformation and integrating Eastern psychological interventions into best practices.

I live in the green countryside of Southeastern Pennsylvania with my daughter Case and continue to write and study with my team of soulful interventionist and through that effort constantly review my own personal transformation. Case and I run or walk daily and apply as much remaining energy that we have to try address the issue of homelessness. 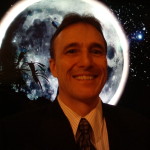 New Age Author of Metaphysics and Lore, Balance Your Life Path Numerology,  Runes and Lore, and Blessed Be Introduction to the Craft and Spiritual Magick

Currently enrolled at University of Sedona to obtain a Doctor of Metaphysical Science, Msc.D.

I am a clairvoyant shaman who has been on a spiritual path in this lifetime since the year of my birth on 11/22. Timing is everything! Growing up in the United States, I was influenced by Christianity, but felt drawn to my Cherokee and German heritage. In 1996, I started to work with the runes of the Elder Futhark. In 1998, I went through my shamanic initiation after being chosen by the spirits. I am now a skilled vitki (magician skilled in working with the runes). I have also studied many metaphysical topics in depth such as Numerology, reincarnation, shamanism, runelore, crystals and gems, herbs, psychic reading, Tarot, Wicca and witchcraft, and Norse mythology.